The Nanakuli Estoteric Order of Investigators.

In 2016, my students and I attepted to make our first Augmented Reality game. This was an insurmountable undertaking for us. We developed most assets using Unity and an HTC Vive. All code was hosted on a local computer and was developed almost entirely in Javascript & Node JS. 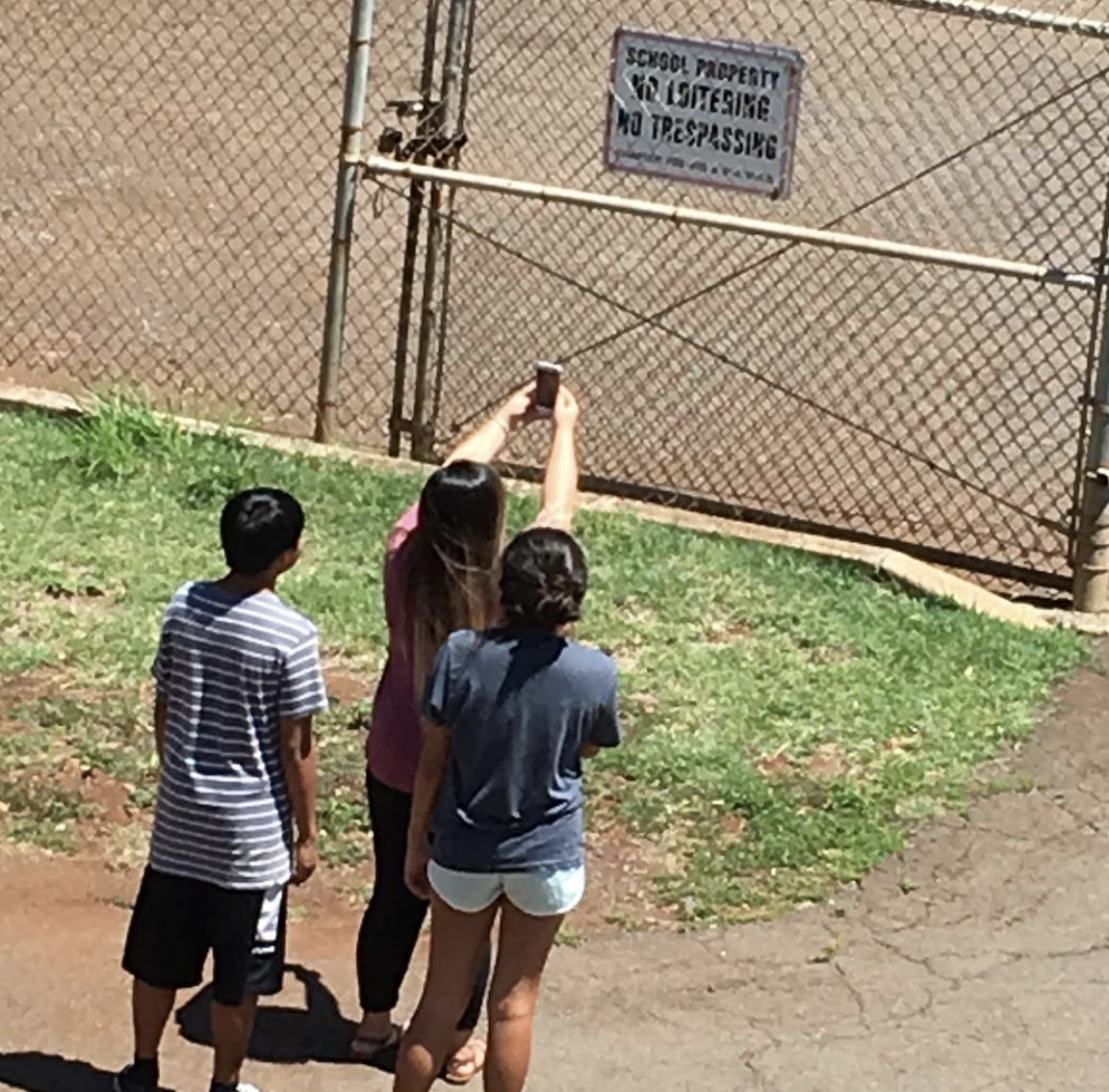 My students testing mobile camera functionality within the webapp

The idea behind this game was to interview Kupuna's in the community and gather stories about mysterious circumstances that occured in the Nanakuli area, specifically focusing on the school's location. We would then string together a gaming narrative around these stories and have the game solve various esoteric puzzles through an augmented landscape. The outcome was a result of collective wisdom of the aunties and uncles of Nanakuli :

" The dead should stay dead, be carefull what names and stories you invoke. For they may send you to the grave or worst."

We pivoted that idea fast! Rather than using existing tales from the community, we decided to make up our own. Knowing that most of our players would "google" this information to test for validity or gaming clues, we created fake websites. We uploaded these websites to various free hosting platforms. For example if you searched: "Nanakuli Library ghost dog 1946". In google, you would come across one of our fake sites.

Our class rebranded the game anc created a thematic order called the
The Nanakuli Estoteric Order of Investigators.

The narrative was taking form. A mystery time-traveling game where students would go back and forth through time to solve mysteries on campus. 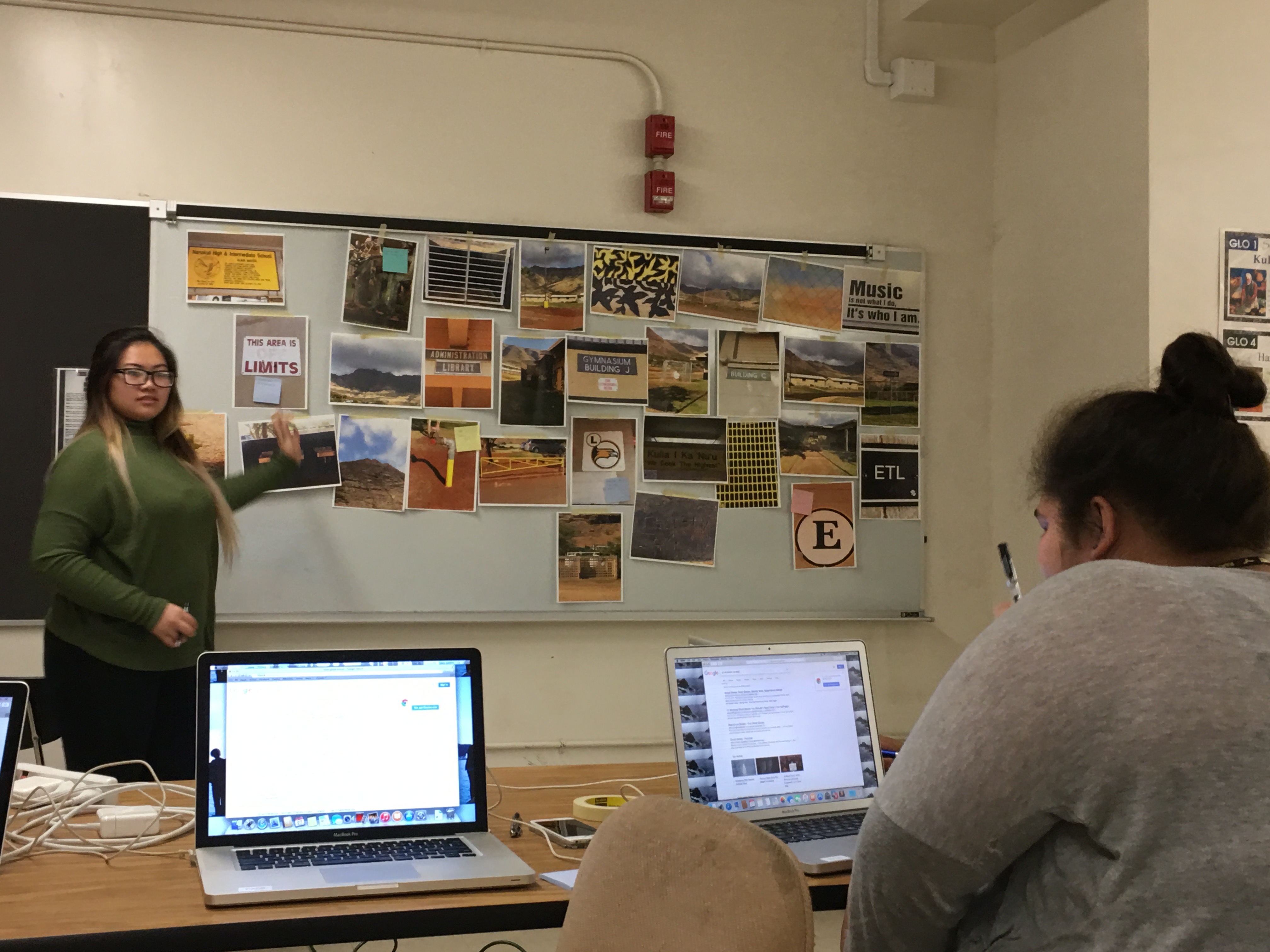 Katrina building the connections to the game narrative

Parents, teachers, and friends outside the order are completely unaware of their role. When initiated and once the oath is accepted the investigator is given accsess to a time traveling application that will function as their vehichle to solve each mystery. The goal of every investigator would be to solve the myteries on campus.

Mechanically, the game operates as an Augmented Reality scavenger hunt. You open the app, point the camera at an object, if the game recognizes the object you are then given a clue on what to do next. It was decided early on that we would not use a map. My students wanted players to look like zombies wandering around campus with their phones pointing at random objects.

What we did was take a series of pictures or iconography that was unique and that stood out to my students. My students then created a narrative that strung together from one mystery to the next story that would compel players to keep playing. We then created overlays with text that would obfuscate the original image and overlay the image with a narrative.

Everything was hosted on a local machine connected to the students' wireless network. We stashed the system in a cubbard in the class we used. As long as the system was logged in, the service was up. Students would simply connect to the http://ipaddressofthehost/neoi and they were in. We eventually got in trouble for this and had to shut the system down. 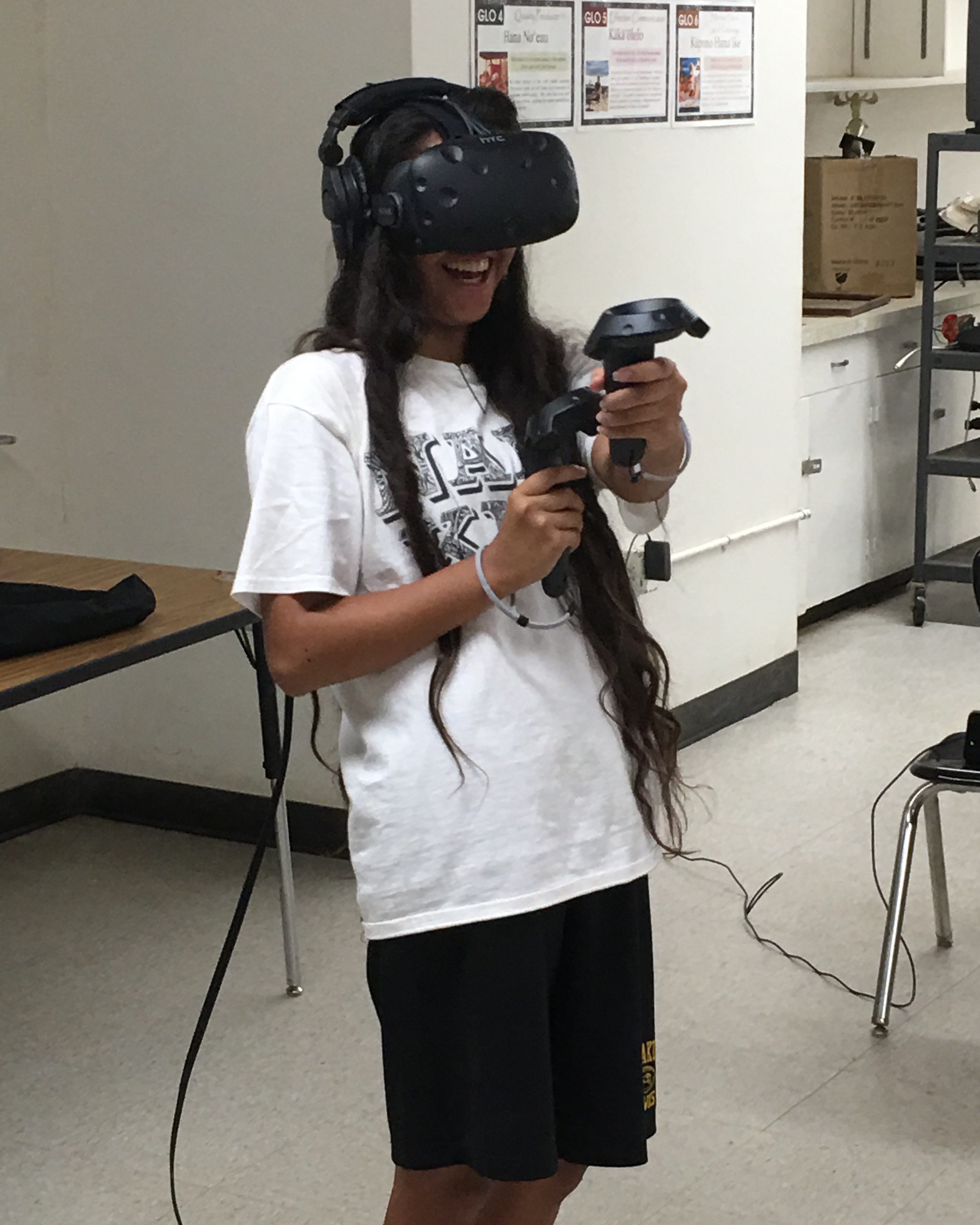 The end goal for this project was to host the game somewhere like AWS or a similar platform. We also wanted to incorporate events and times into the game. So if you showed up on a Saturday, you would be served different content. Or even better, on Halloween, the entire game system changes for 24 hours. Unfortunately, we never got to finish. The following year, I started the project to finalize the Huli game. I still have all the source code sitting on an external drive somewhere. Maybe someday I will resurrect it.