To call Huli - a five-year game project that lived through various teams, a game that was presented before international audiences, a project that encouraged and gave direction to an autistic high school student, a collaboration that created a template for change in the community, and by far the greatest project I could ever be part of - would not do the game justice. I will do my best to describe the monolithic and spiritually challenging project of the game Huli.

Huli began from the mind of Solomon Enos in 2014 with a simple premise: "How can we create a game that incorporates positive change in the community?"

With that idea, we began with the intention of creating a digital game where players would embody leaders in the community (farmer, steward, teacher, fisherman) with the goal of healing unhealthy areas of the community. 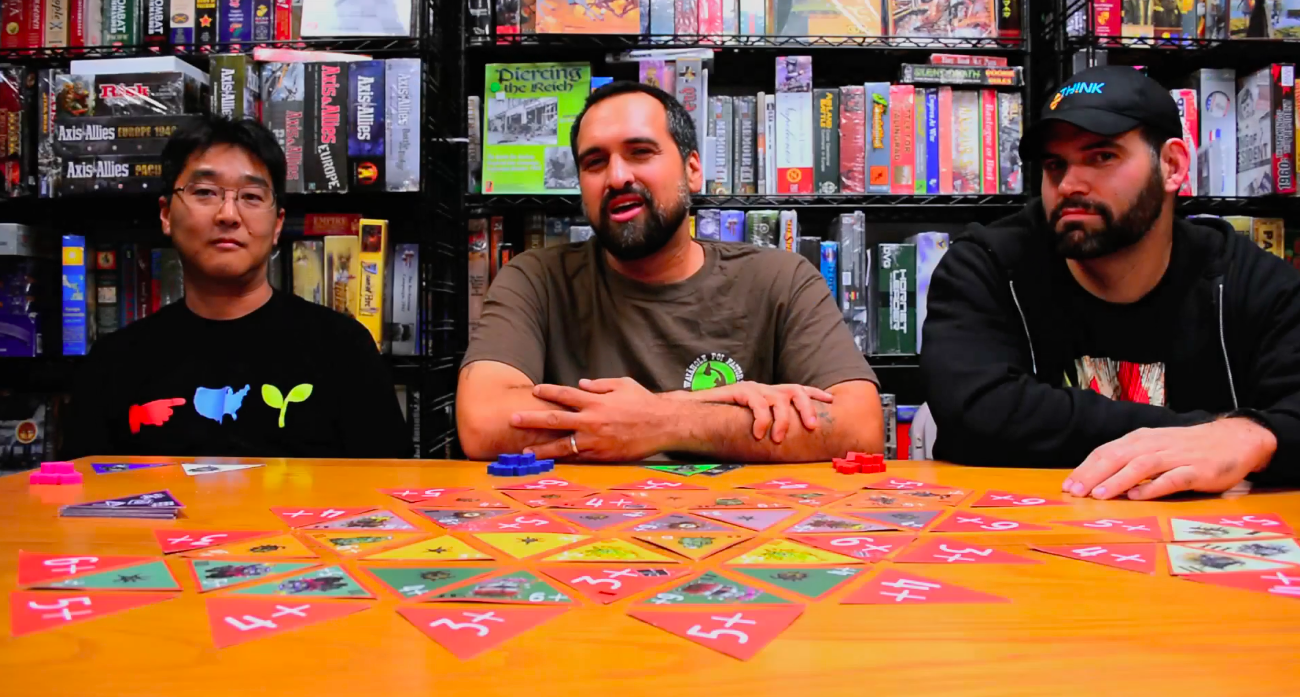 As Board Games continued to exponentially rise in popularity in Hawaii, we discovered that the paper prototype of the game resonated with our playtest groups in a way that a digital version never could, thus causing us to abandon the digital version and focus our efforts on the analogue version instead (board game). 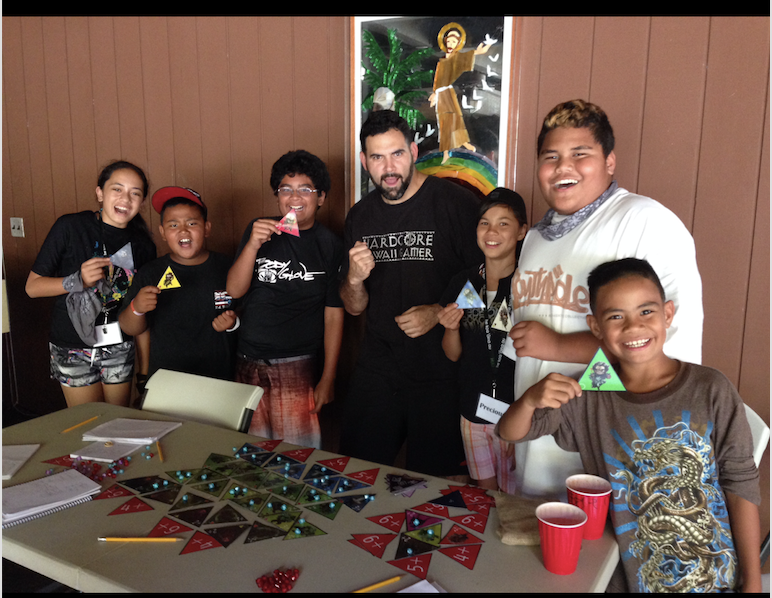 The 2014 PALS Hooike Camp at Our Lady of Kea'au. We invited students from the coast to playtest the first iteration of Huli.

During these years, I served as a mentor to Ka Waihona's game development team lead by Luca KCB, & Sean Pottenger.

Huli was created with several goals in mind: to teach our keikis (children) the importance of land stewardship, to remind our Elders that it is never too late to change your narrative and finally to act as a guide and pathway for alternate timelines. In Huli, you will take the mantle of one of these avatars: Konohiki (steward), Lawai'a (fisherman/fisherwoman), Mahi'ai (farmer), and Kumu (teacher). Using these avatars, the goal of the game is to practice removing all Eha (hurt/negative particles) from the landscape through time. Thematically, we needed to keep the original intentions of Solomon Enos while streamlining the mechanics and player roles. Allot of the thematical elements come through in the event cards and artwork.

In Huli, the goal of all players is to remove Eha (hurt) From the communities on the West Coast of Oahu. At the begining of the round, an event card is revealed from the event deck. These event cards are based on actual events that took place in Hawaii. The event will distribute Eha on in the community. The players then use their avatars' abilities fueuled by dice rolls to remove (heal) Eha from locations on the board.

An event card example: The Great Hawai'i Sugarcane Strike of 1946

Players are represented by avatars in the game. We have created three guiding principles that will assist players on how to play their avatars. First, the avatars' role. The avatars' roles are the historical context of the character. Second, we provide gameplay guidelines that will help the player understand how his/her abilities interact with the game. The final principle is responsibility. The responsiblity guidelines give the players an understanding of the out-of-game tasks the players perform. 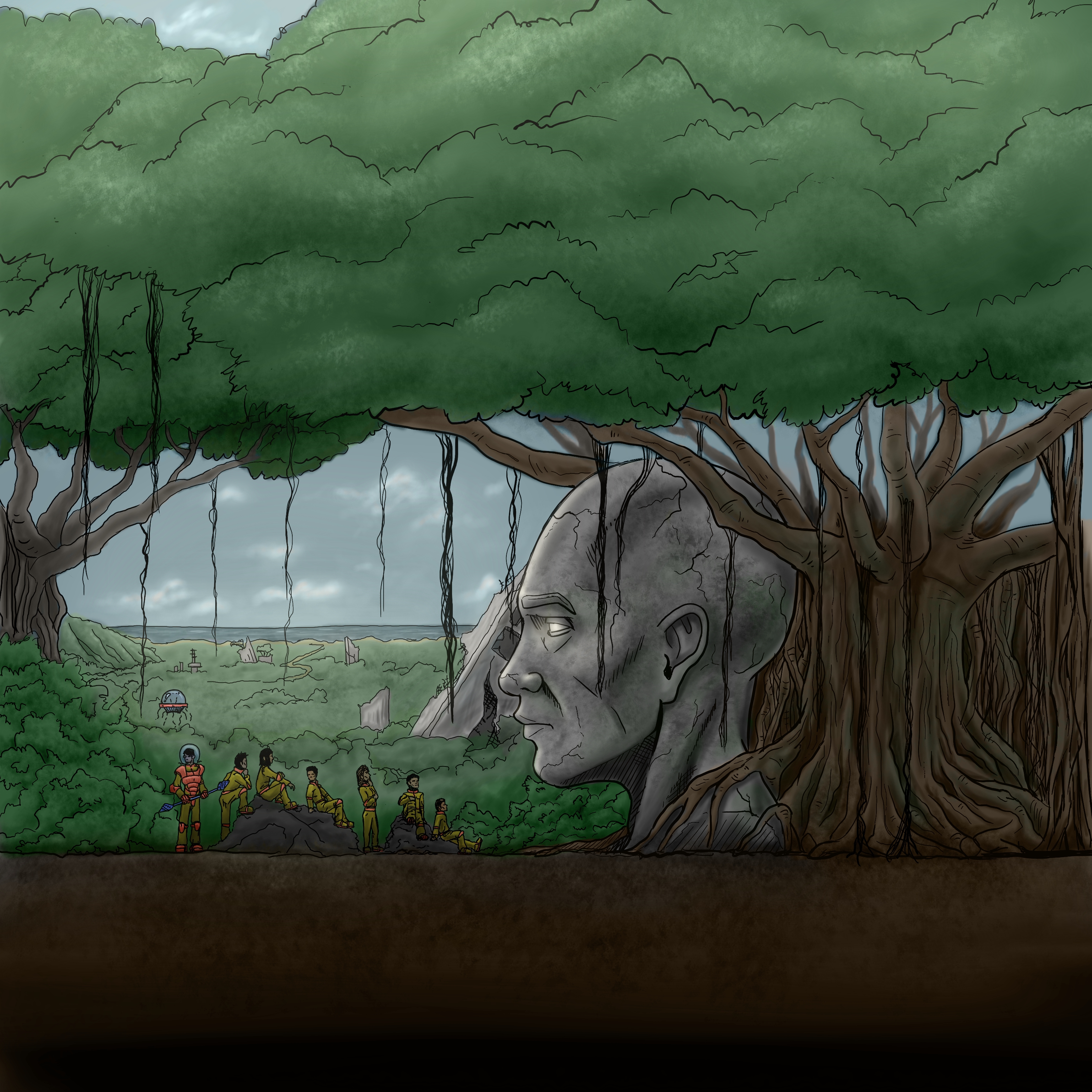 KUMU: The Steward of Knowledge

Role: is the mentor, teacher, guide, stalk of all trees.
Gameplay:The Kumu removes Eha from adjacent locations. Kumu also has the ability to foresee future events and can invest in other avatars’ future potentials.
Responsibility: The Kumu, reveals and reads event cards. 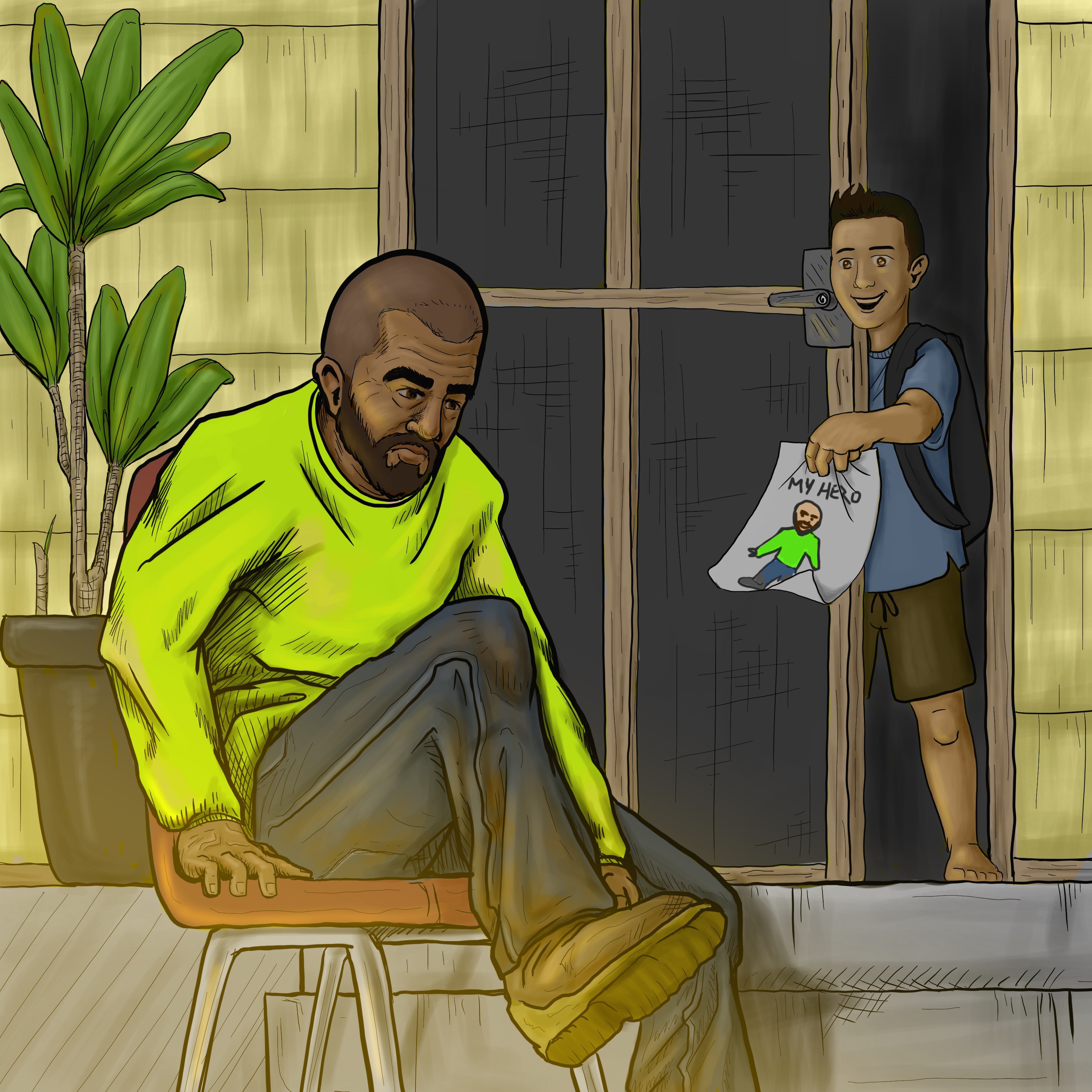 KONOHIKI : The Steward of the Ahupua'a.

Role: Traditionally, the manager of a land division. In our context, the Konohiki represents the modern day parent who deals with day-to-day challenges.
Gameplay:The Konohiki removes Eha from their location at all costs.
Responsibility: Facilitator for all in-game discussions. The Konohiki also resolves disputes and walks the players through each phase. 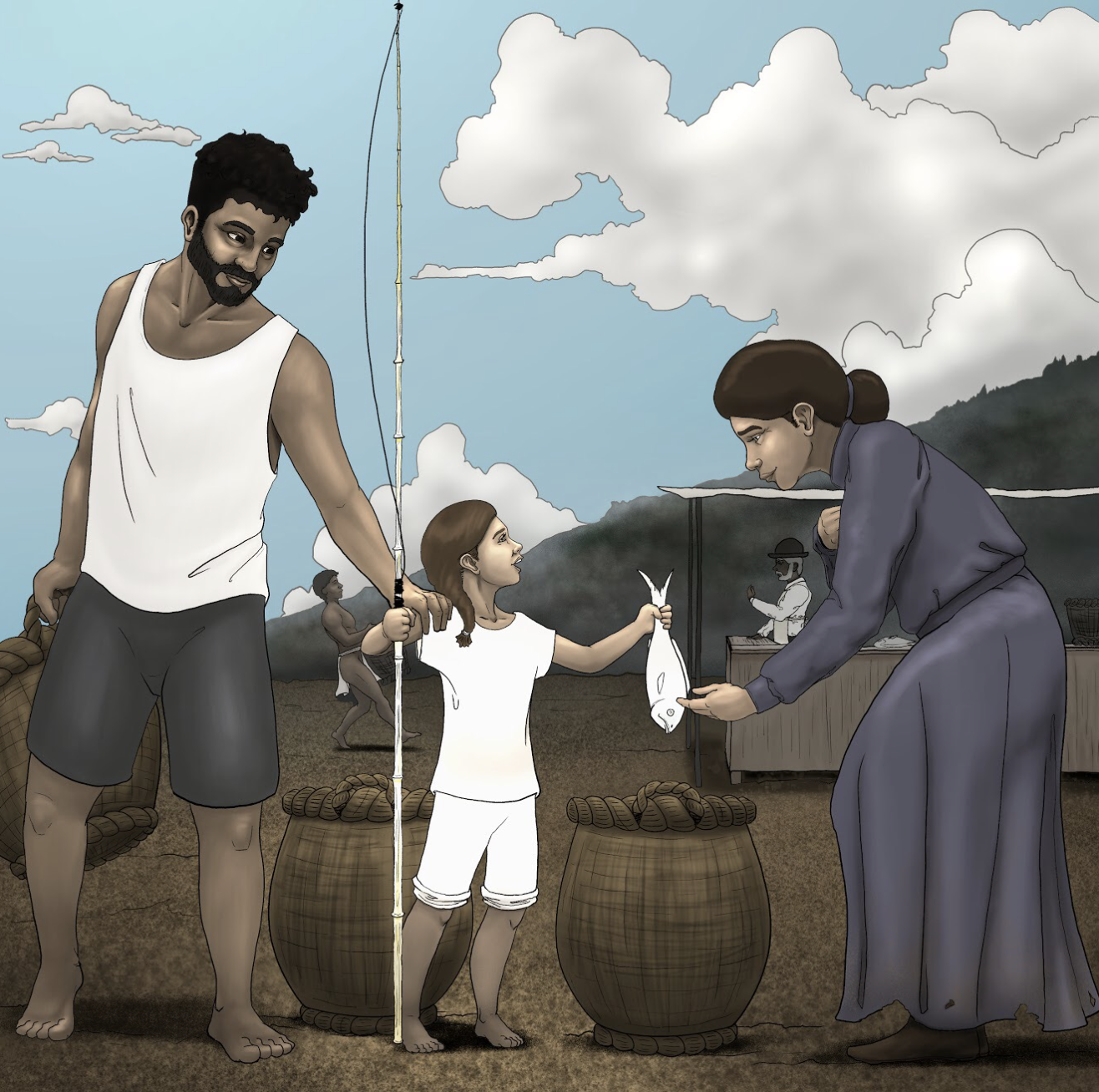 LAWAI’A: The Steward of the Sea

Role: Lawai’a is the fishermen, traditionally was both the economist & engineer of the sea.
Gameplay:The Lawai’a begins the game with 3 dice. This number decreases every round to 1 then resets to 3 in the following turn. Lawai’a still receives the dice bonus from the board. The Lawai’a’s dice explodes on 5 rather than 6. Like the Mahi’ai, the Lawai’a does not remove Eha from the board, instead, uses streams and currents to displace Eha in efforts to prevent it from spreading (Eha outbreak).
Responsibility: Together with the Mahi’ai, the Lawai’a places Eha on the board in response to events. 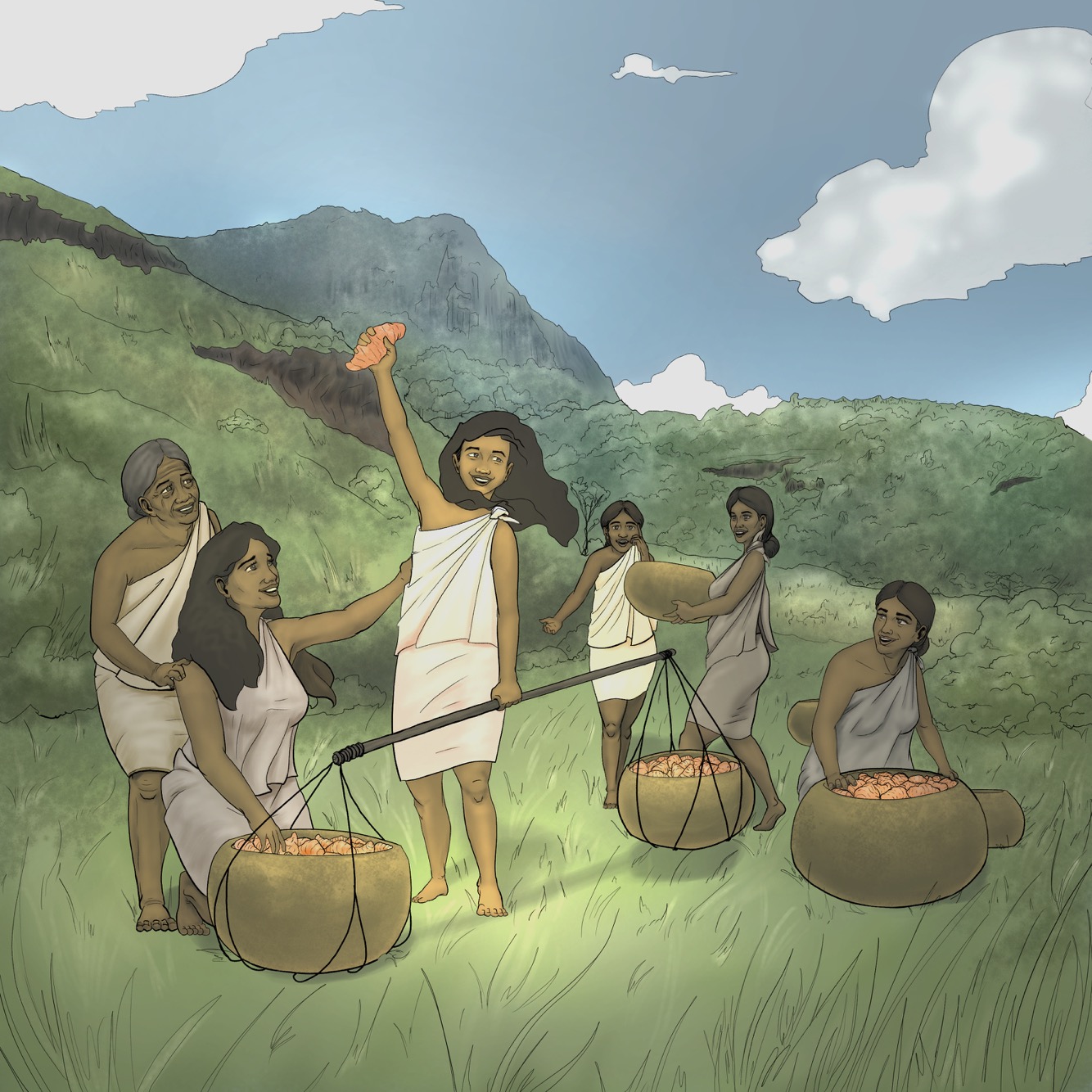 MAHI’AI: The Steward of Cultivation

Role: The Mahi’ai is the farmer and cultivator of the soil. Mahi’ai were rooted to the ’āina, just as plants were rooted to the earth.
Gameplay:The Mahi’ai begins the game with one extra dice. That number increases every round to a max of 3, then resets back to 1 in the following round. Mahi’ai still receives the dice bonus from the board. The Mahi’ai is a support role and rather than remove Eha, the Mahi’ai identifies Eha on the Aina, and displaces Eha in efforts to prevent contagious outbreaks. During the event phase, do not place Eha on a location where the Mahi’ai is (you still place Eha from Eha outbreaks).
Responsibility: Together with the Lawai’a, the Mahi’ai places Eha on the board in response to events.